Facebook Twitter Instagram
UPCOMING EVENTS »
Discover Newbury's History
Delve deep into the past and discover the last 1,000 years of Newbury's history as a market town
For nearly 1,000 years, since the days when William the Conquerer sat on the English throne, Newbury has been recorded as a town with the right to hold a market and a fair. The basic potted history included in the timeline below has been taken from information sourced online, including the Newbury History website and Newbury’s Wikipedia page.

If you’re fascinated by local history, pay a visit to the wonderful West Berkshire Museum in Newbury’s Wharf. Greenham Common Control Tower also has a fantastic museum focusing on the history of Greenham Common in the unique setting of one of its few remaining airfield buildings.

Before you travel down the page and journey through time, take a few minutes to watch this wonderful video from Philip Cutting about the oldest buildings in Newbury and how Dendrochronology has enabled historians to accurately date them. Philip also has a brilliant video about Jack of Newbury here.

Newbury was recorded as a town which had the right to hold a fair and a market. The manor of Newbury was granted by William the Conqueror to a French Knight, Emulph de Hesdin, in 1080.

Newbury Castle was built by John Marshal in the nearby village of Hamstead Marshall, 4 miles west of Newbury.
12th Century

During the Black Death in 1349, up to a third of the population of Newbury sadly died. Donnington Castle was rebuilt by Sir Richard Abberbury in around 1386.
14th Century

During the late 15th century, Newbury came to prominence for manufacturing highly regarded cloth. In 1466, St Bartholomew’s School was founded and is still in existence today, albeit it within new premises.
15th Century

Two of Newbury’s most famous clothiers were “Jack of Newbury” John Winchcombe and Thomas Dolman, who built Shaw House in the late 16th century. Decades earlier, Christopher Shoemaker in 1518 and “The Martyrs of Newbury” in 1556 were burnt at the stake in the town for their respective religious beliefs. In 1596, Newbury was granted a Royal Charter by Queen Elizabeth I.
16th Century

The two battles of Newbury took place during the English Civil War. In 1643, the First Battle of Newbury was fought in what is now Wash Common, with the Earl of Essex and his men overcoming King Charles’s army after they ran out of gunpowder. In 1644, Donnington Castle was reduced to a ruin following 20 months of being besieged by the Parliamentarians in the Second Battle of Newbury.
17th Century

During the 18th century, Newbury was a coaching centre, perfectly positioned on the Old Bath Road for travellers journeying from Bath to London. The town started to flourish and new industries were established including agriculture, with barley shipped to London via the River Kennet.
18th Century

The early 19th century saw the Kennet & Avon Canal developed between Reading and Bristol, which was used for transporting corn until its decline when the Great Western Railway arrived later that century. Newbury’s reputation as a coaching hub continued and accommodation and entertainment venues such as inns, theatres, and horse racing opened to service the passing travellers.
19th Century

In the 20th century, Newbury rose to prominence for horse racing with the construction of Newbury Racecourse, activity at Greenham Common, and the Newbury bypass protests. During WW2, some local residents were wounded and killed when the town was bombed, Newbury Racecourse provided a marshalling yard for the American army, and Greenham Common was part-occupied by the 101st Airborne Division. During the cold war, Greenham Common was an American nuclear bomber base and later a Cruise missile base, with 96 fully operational cruise missiles. In 1996, the clearance of woodland for the A34 Newbury bypass led to some of the largest anti-road protests in European history.
20th Century

The beginning of the 21st century saw Parkway Shopping arrive in the town centre, bringing a wider selection of national brands and independent retailers to Newbury. Newbury attracted its own cinema and development began in Market Street, providing new apartments and a gateway into the town centre from Newbury railway station. Greenham Common came to prominence again when it was used as a filming location for Star Wars (The Force Awakens).
21st Century

An idyllic location in the heart of rural Berkshire, perfectly positioned at the crossroads of Southern England
Discover More

Check out our spectacular images of Newbury and the surrounding areas, and find out how to be featured
View Gallery
Enjoy Newbury
Explore some of our favourite options for leisure activities, attractions, events, and more in Newbury
Delve In

How To Get Here

Road, rail or even water - find the best routes to venture here
Plan Your Route

Ready for some inspiration? Check out our latest articles about Newbury’s events, activities and attractions. Our writers are experts on all the best things to do in Newbury and love sharing their ideas with you! 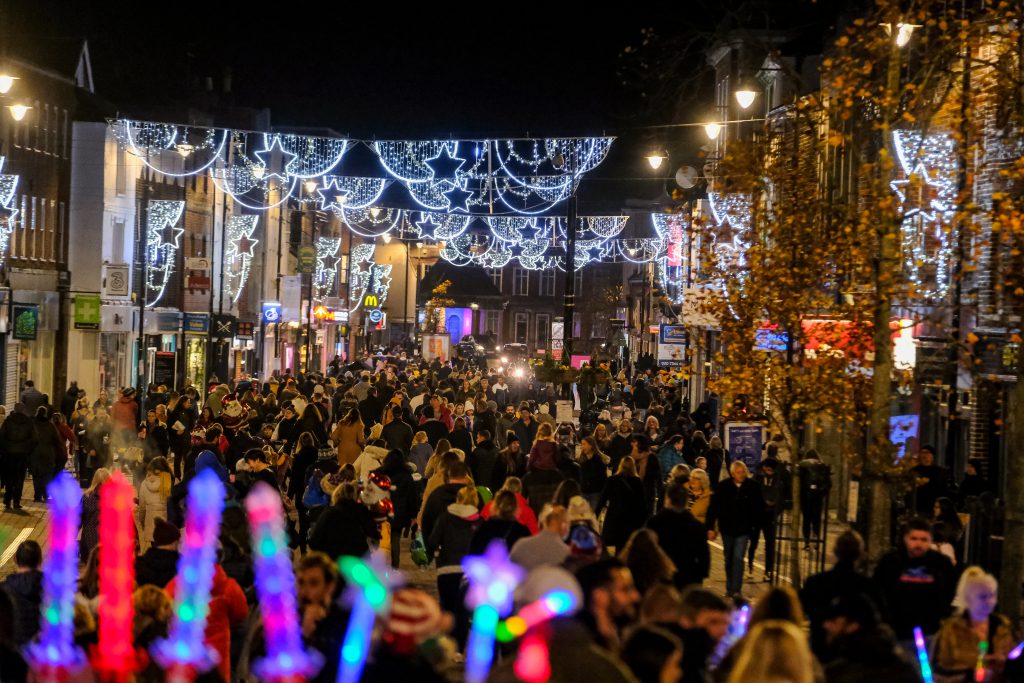 The successful event returns for 2022 and Newbury BID invite you to join the festivities!  We’re delighted to announce that the annual Christmas Lights Switch-On event will be returning for 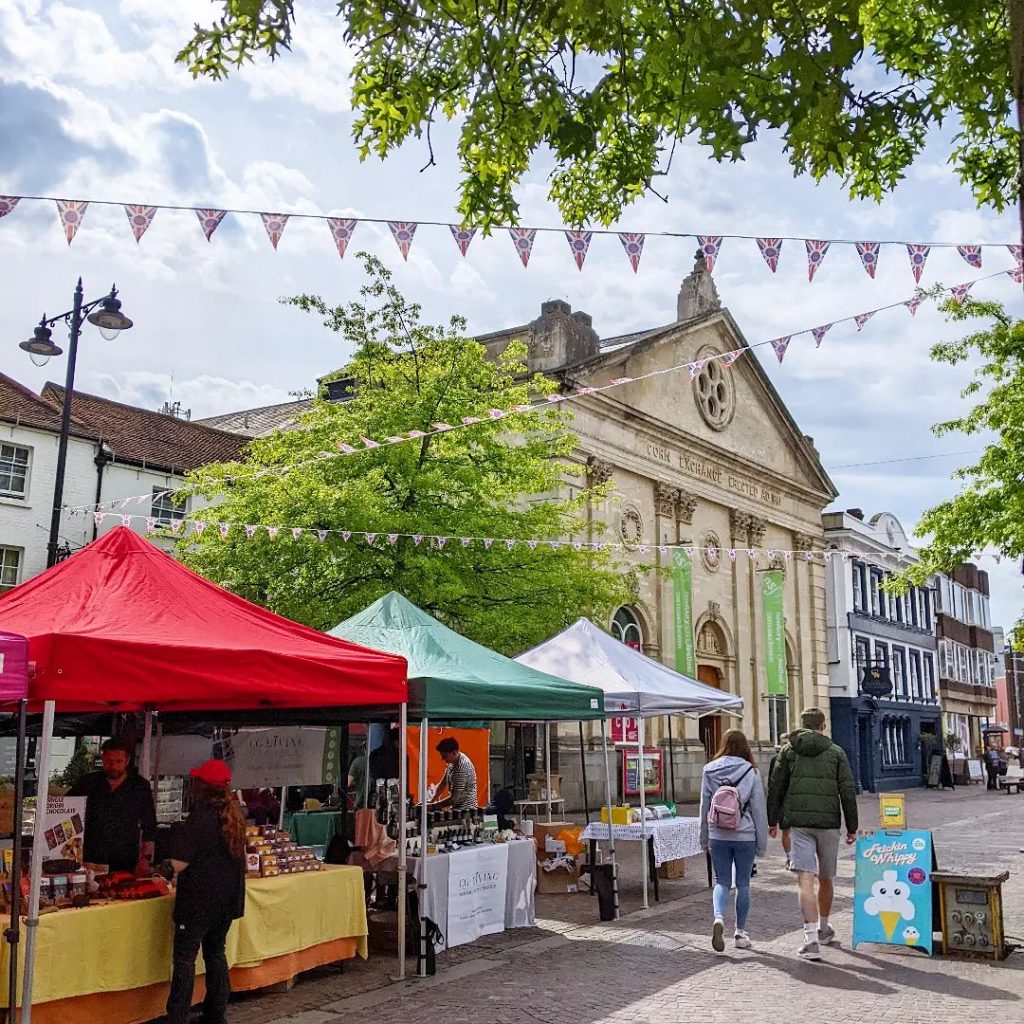 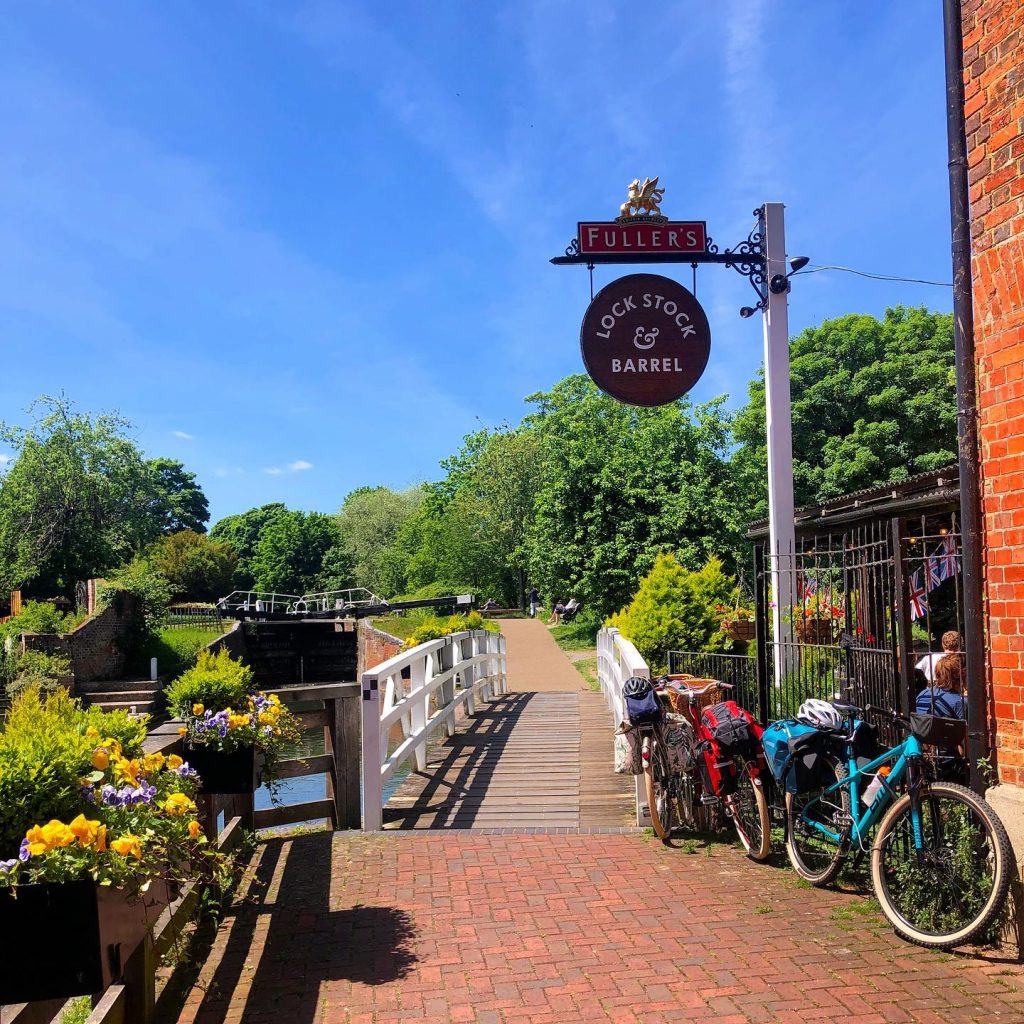 The idyllic market town with a big heart is calling you this summer. Old meets new in our historic market town of Newbury, which is rapidly becoming one of the most vibrant