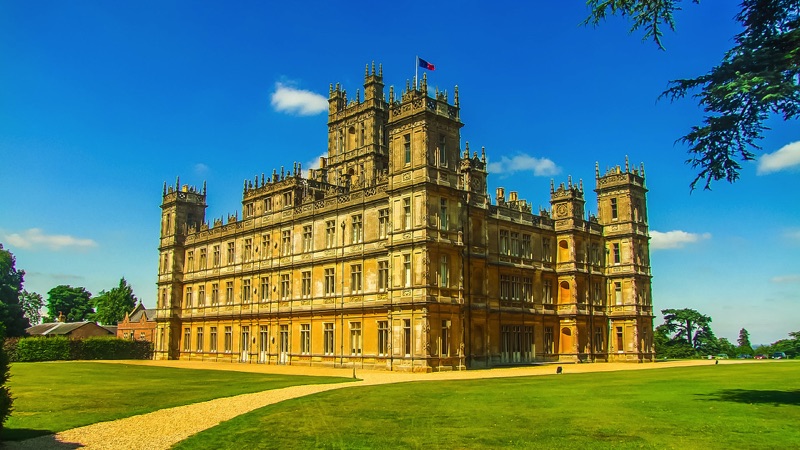 Highclere Castle, the real-life Downton Abbey, is only six miles from Newbury town centre and is high up on the list of must-see attractions when you visit Newbury.

The estate at Highclere has a long and fascinating history, with written records dating back as far as 749. Recent history includes the castle being converted into a hospital for wounded soldiers during the First World War, and becoming a home to evacuated children from London during the Second World War.

Book a tour of Highclere Castle and its spectacular gardens and you’ll be able to explore the main state rooms recognisable from Downton Abbey. You’ll also be able to enjoy the Egyptian Exhibition in the old staff quarters, which celebrates the 5th Earl of Carnarvon’s discovery of the tomb of Tutankhamun.

The gardens, first developed in the 13th century, are a sight to behold, along with the 1,000 acres of stunning parkland surrounding the castle.

Tours take place throughout the summer months of July to September 2021, with tickets available in advance. There are also a number of annual events which take place at Highclere Castle, including the Battle Proms in July.

This website uses cookies to improve your experience while you navigate through the website. Out of these, the cookies that are categorised as necessary are stored on your browser as they are essential for the working of basic functionalities of the website. We also use third-party cookies that help us analyse and understand how you use this website. These cookies will be stored in your browser only with your consent. You also have the option to opt-out of these cookies. But opting out of some of these cookies may affect your browsing experience.
Necessary Always Enabled

Performance cookies are used to understand and analyse the key performance indexes of the website which helps in delivering a better user experience for the visitors.

Analytical cookies are used to understand how visitors interact with the website. These cookies help provide information on the number of visitors, bounce rate, traffic source, etc.

Advertisement cookies are used to provide visitors with relevant ads and marketing campaigns. These cookies track visitors across websites and collect information to provide customised ads.

Other uncategorised cookies are those that are being analysed and have not been classified into a category as yet.

SAVE & ACCEPT
Powered by