Over Three Hundred Years of History: How Newbury’s Oldest Store continues to look ahead to Christmas and the Future! 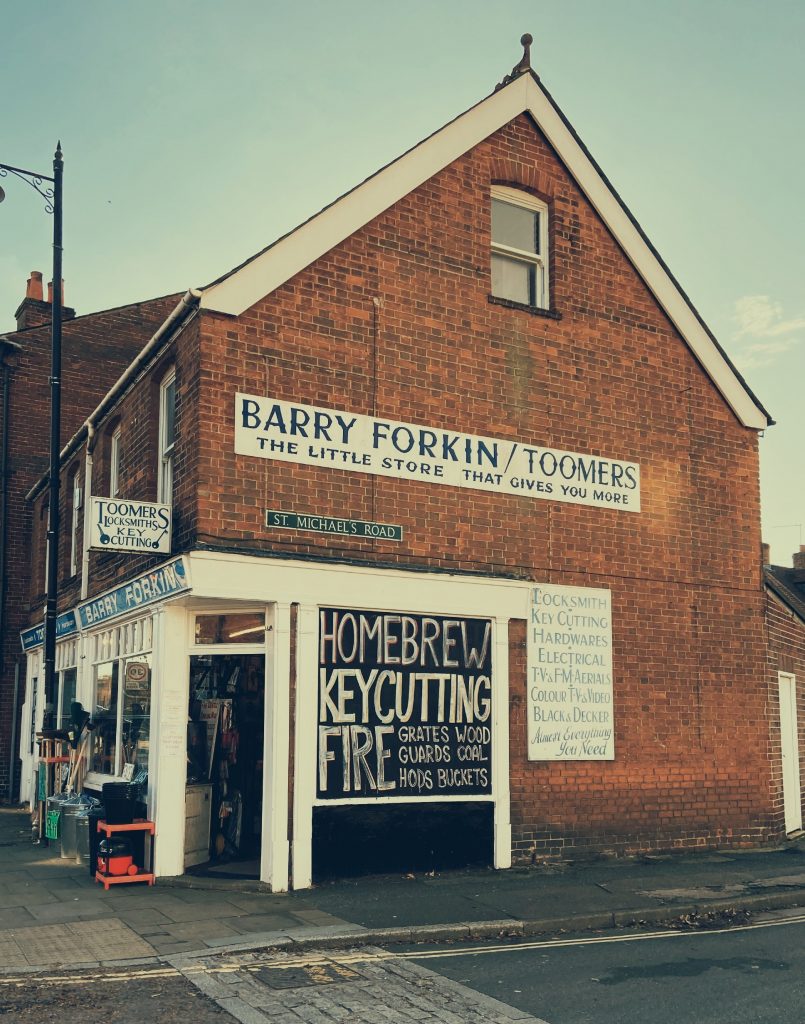 Following the recent release of our official Events Programme for our extended Christmas Lights Switch-On Festival, there is no better time to tell you about one of our participating town centre venues, which holds a special place in both Newbury’s heart and history.

Barry Forkin-Toomers is the little store than gives you more,  and has done so for local Newbury since as long ago as the 17th century! It is here, this glorious dinky corner shop on Bartholomew Street, that families can come to visit Mr Green Grinch and an ice-queen sister, to ‘let it go’ with meet and greets to get in the festive spirit on Saturday 20th November between 3pm and 4:30pm.

But, what is it about this special little store that has allowed it to remain a fundamental feature of Newbury town centre since 1692? It hasn’t always been smooth sailing, after all.

During this same Christmas period somewhat over 40 years ago in 1976, Barry Forkin-Toomers was victim of a burglary. Over 20 high-end television sets were stolen- quite remarkably- from a second-storey window. Upon being disturbed, the thieves dropped one of the Mitsubishi TVs onto the street some 30-feet below, with the subsequent crash causing them to flee.

Amazingly, despite a cracked screen and visible damage to the external shell, the TV remained in perfect working order when plugged in! It makes you wonder whether today’s ultra-thin HD, LED products would withstand the same treatment as their older counterparts, such as the reliable and hardwearing Mitsubishi…

What’s more, the theft left a bittersweet taste for the hardware store, as its downfall also resulted in its claim to fame. The techno-giant, Mitsubishi, used this very incident at a local store in rural Newbury, in a global TV advertising campaign to promote the durability of it’s products!

It’s hard to remember a time before 0% finance, credit cards and PCP, let alone the need for products that can withstand the test of time. But that’s exactly what Barry Forkin-Toomers still offers today.

Although the family-run store has remained agile and adapted seamlessly to survive the new digital era, the quality of its products has always remained the same.  It’s for this reason that the loyalty of its customer base remains as strong as ever, and that the name ‘Barry Forkin-Toomers’ will always bring warmth to those  in Newbury.

Following the burglary, the family store of three-generations decided new and more secure premises were required, and found the ideal property just 100 meters away. Quickly settling into their new home at number 58 Bartholomew Street, they acquired number 57 within another year and have remained comfortably in situ ever since.

The company has since expanded from an independent television shop to a varied hardware store with a locksmith service and household department, offering products from big brand tools and DIY supplies, to metal detectors and even Philips video game consoles at one stage in its ever-evolving history.

The current owners, grandfather Barry, son Tony and grandson Harry, still have the bright orange Philips demonstrator jumper all authorised Philips dealers had to wear way back when! And if you look carefully in-store, you’ll spot numerous nostalgic reminders of classic video games and retro Black & Decker tools displayed on the walls.

The original House of Toomer store, founded in 1692 on Northbrook Street, came extremely close to ceasing trading completely. We're so grateful our ancestors pulled-through and are proud of our heritage in Newbury and hope to remain an iconic business in our market town for many more years to come.

By getting involved in as many of Visit Newbury's events as possible- which aim to promote town centre businesses and increase footfall- this is just another way of Barry Forkin-Toomers evolving with the times, and we hope to pick up many new customers along the way while these wonderful events bring smiles to the faces of many!

Step back in time while supporting local business and keep Barry Forkin-Toomer’s fabulous heritage alive! Visit the store for yourself for all of your hardware and household goods or locksmith services at:

For a list of all events taking place in Newbury town centre and beyond, please click here. 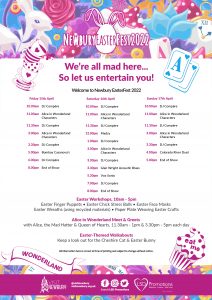 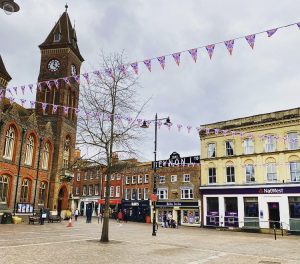 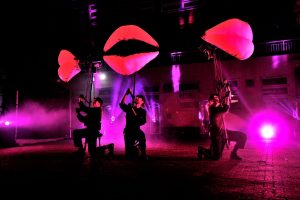 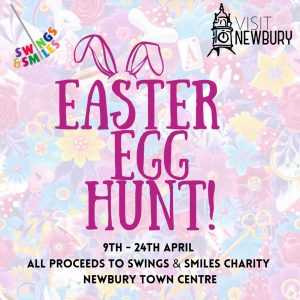