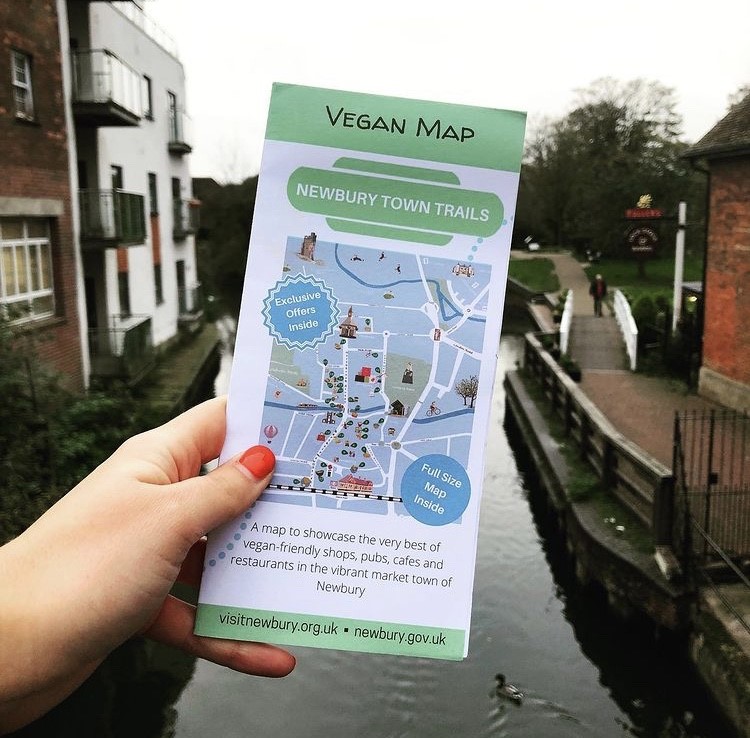 We’re thrilled to not only announce an all-new Vegan Christmas Market coming to town on the weekend of the highly anticipated Christmas Lights Switch-On Festival, but the creation of a new Vegan Trail Map for Newbury.

Copies of the map, produced by the Newbury BID team, are being delivered as part of a wider project in partnership with Newbury Town Council, which aims to produce a series of town centre maps for Newbury under the umbrella term ‘Newbury Town Trails’.

Newbury offers a varied list of town centre businesses, including both hospitality and retail venues, that cater specifically to the vegan and v-curious market, such as authentic Thai hotspot- Khon Kaen and vegan brunch spots at Weavers Coffee Shop and The Flowerpot Café, as well as cruelty-free and sustainable-shopping stores such as Natures Corner, Grape Tree, and even vegan alcohol products from Inn at Home.

The launch of the Vegan Map and return of the quarterly Vegan Market on Sunday 21st November, were purposefully timed to align with the internationally acclaimed ‘World Vegan Month’, to help establish Newbury as a vegan-friendly town.

Another primary aim of producing a ‘Vegan Map’ for Newbury was to directly appeal to attendees of the specialty Vegan Markets, who typically travel in from further afield specifically for the event. Capturing the attention of this wider audience is something we’re keen to achieve to help raise the profile of the vegan-friendly eateries, boutiques, and cafes already established in Newbury town centre.

Many businesses will be open to customers on market day and we anticipate that the trail maps will encourage visitors to shop in-store on market day and beyond. The trail, spanning from London Road through to the south of Bartholomew Street, should also help visitors to discover other businesses along the route, as the trail takes participants down some of Newbury’s quieter streets, many of which are hidden gems.

We can also confirm that the upcoming Vegan Market will have a Christmas twist for the first time, with vegan cheese, ‘meat’ platters, hogless ‘hog roasts’, and mulled wine products confirmed at just some of the 30+ Christmas-themed stalls attending the event.

Baked goodies and sweet treats will also be on offer alongside sustainable clothing brands and animal-friendly cosmetics, and ethical arts and crafts stalls will also be attending to encourage eco-friendly and cruelty-free Christmas shopping this year.

The event, founded by Vegan Fairs, is free for visitors to attend between the hours of 10am and 3pm and we will be supplying copies of the Vegan Trail Maps to all traders so visitors can easily pick one up on the day.

Our Newbury Vegan Markets increase town centre footfall time and time again without fail, and if we can encourage even a quarter of that audience to return to Newbury with our new Vegan Trail Maps, then we’re helping to raise the profile of Newbury and supporting town centre businesses.

We’re so delighted that the event founder of Newbury Vegan Market, Vegan Fairs, is able to put a Christmassy twist on the market this month to not only support World Vegan Day, but our Christmas in Newbury campaign. Our Christmas Lights Switch-On Festival takes place the day prior to the market, on Saturday 20th November, and we hope visitors consider making a weekend of it given the exceptional line up of things to do here in Newbury that weekend!

We have 30 stalls in the line-up to help you shop wisely and plant based this Christmas and can’t wait to bring Christmas to Newbury Vegan-style, while supporting the other free fantastic events Newbury has planned this year. We’ll also have free drinks and marshmallows for our Vegan Christmas Market attendees, to add to the Christmas spirit!

The Vegan Fairs team has been working hard with Newbury BID to ensure Newbury Vegan Market is a safe environment and managed within Covid-19 government guidelines.

While we understand markets are an extremely important part of our market town heritage, we’re exceptionally pleased that these events are being used to put a real focus on the existing businesses already lining Newbury’s historic streets, and we look forward to seeing the custom from this as a result.

The Vegan Map is the second map in the ‘Newbury Town Trail’ project to launch, following the recent production of a ‘Public Art and Blue Plaque Map’, which highlights a trail of significant heritage and history landmarks around Newbury. Maps have already been distributed across the town centre and are available to collect from West Berkshire Museum and Newbury Library, as well as in the Old Town Hall.

To find out more about what’s happening in Newbury this Christmas and to view all festive events taking place in the town centre and beyond, please click here.

Over £1.2million of investment secured for Newbury Town Centre as businesses vote “yes” to 5 more years of Newbury BID 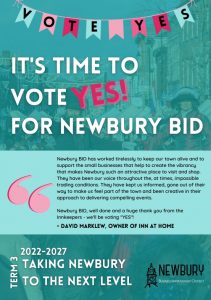 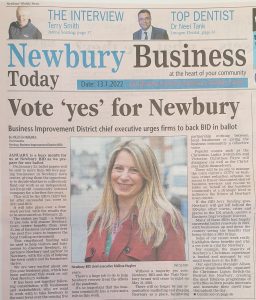 Newbury BID prepare for Ballot and ask businesses to vote “YES!” for a further 5-year term

If you’re a Newbury BID levy payer and you’re not receiving our weekly updates, please email us to be added to our distribution list.
Email Us 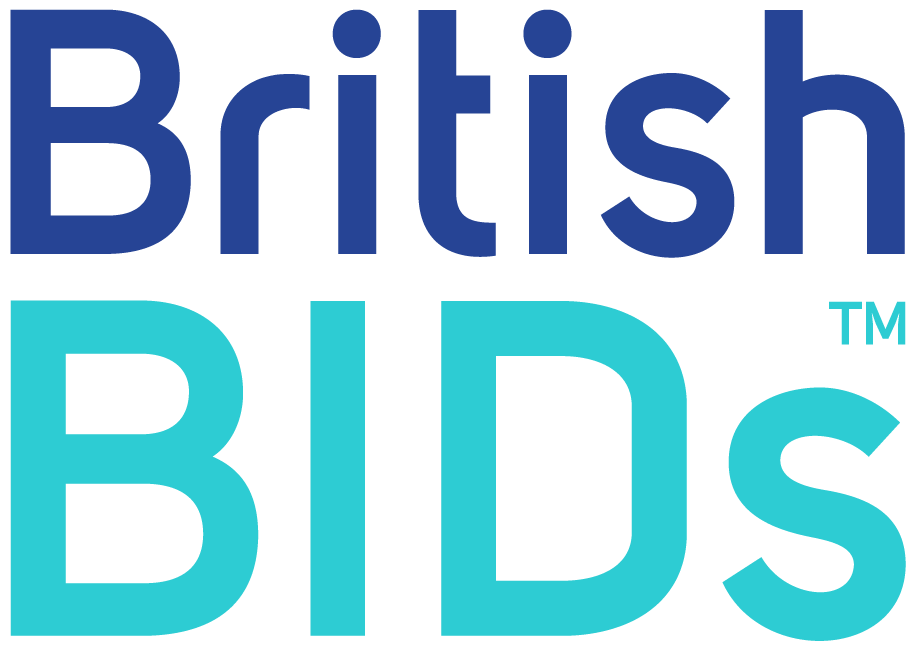