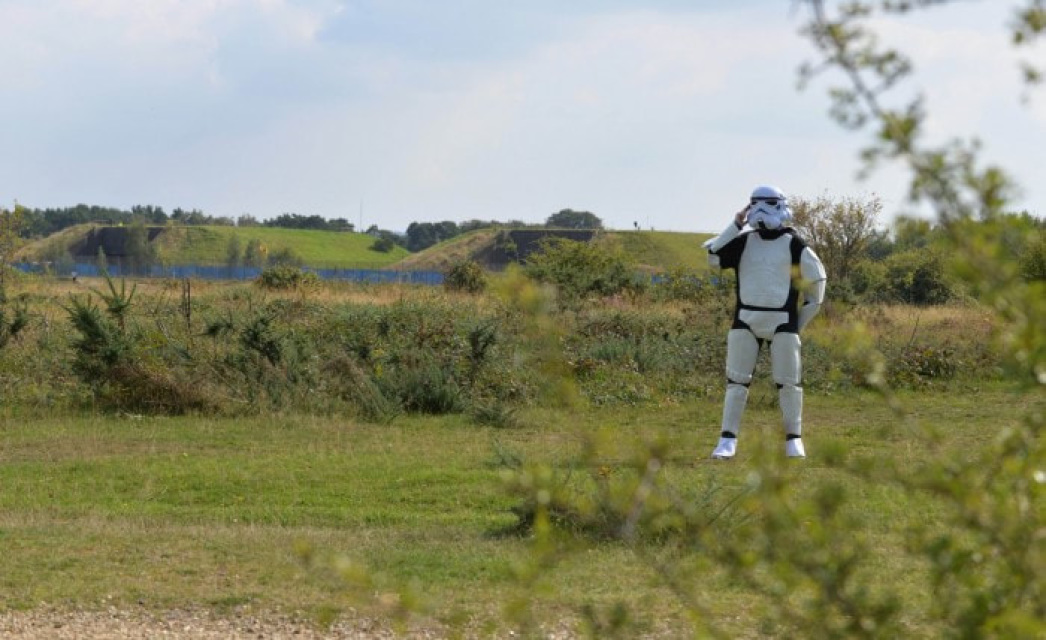 For centuries, Greenham and Crookham Commons remained unspoiled, with just a few archaeological remains testifying to the lives of its early occupants. By the 19th century, smallholdings, farms and country houses appeared on its wooded margins.

With the outbreak of war in 1939, the rural idyll was shattered and for the next half-century, the Commons were fenced as a major airfield arose on the site. During the 1980s the United States Air Force based cruise missiles there and the site became an international focus for anti-nuclear protest.

Since being reopened to the public, Greenham and Crookham Commons have become a popular venue for a range of activities, from wildlife walks to unique cultural events. To find out more, visit: West Berkshire District Council.

New Greenham Arts. was set up by the Greenham Common Trust as a showcase for new and exciting art projects.

Owned by the Greenham Common Trust, New Greenham Park is a 61-hectare business park on the site of the former airbase. It offers a selection of commercial properties in the heart of one of Europe’s leading business regions.

The Greenham Common Trust works in close partnership with the local community to provide benefits for local people in Hampshire and Berkshire by providing financial support for charities and social projects.